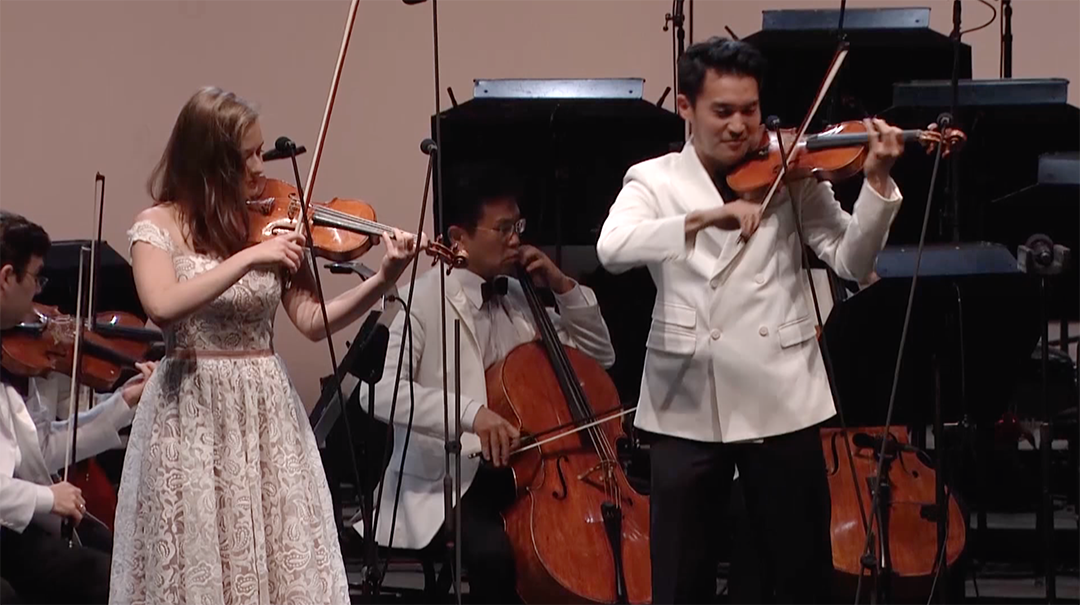 Three young finalists from around the world took to the Hollywood Bowl stage with the Los Angeles Philharmonic and Ray Chen on August 8, 2019, as part of the LA Phil’s Play With Ray competition. After a day at Universal Studios, masterclasses with Ray, and an up-close encounter with centuries-old violins from Tarisio, winner Laura Kukkonen perfomed Bach’s Double Concerto with Ray Chen and the LA Phil for a massive crowd, while runners-up Adriana Bec and Youngji Kim performed among the orchestra’s violins. Another incredible evening at the Hollywood Bowl!