With their restless energy, myriad colors and textures, irresistible references to popular American melodies and impulsive changes of mood, these symphonies reveal the heart of “a man full of ideas [who] was trying to create something unique,” according to Dudamel. “When you see calm and contemplation, maybe in a moment it’s complete chaos. At the end, what Ives was doing was opening the door to the texture and the personality of music created in the United States. His symphonies are a great gift to the world.”

Charles Ives — Complete Symphonies is available for purchase, streaming and download at the following destinations: 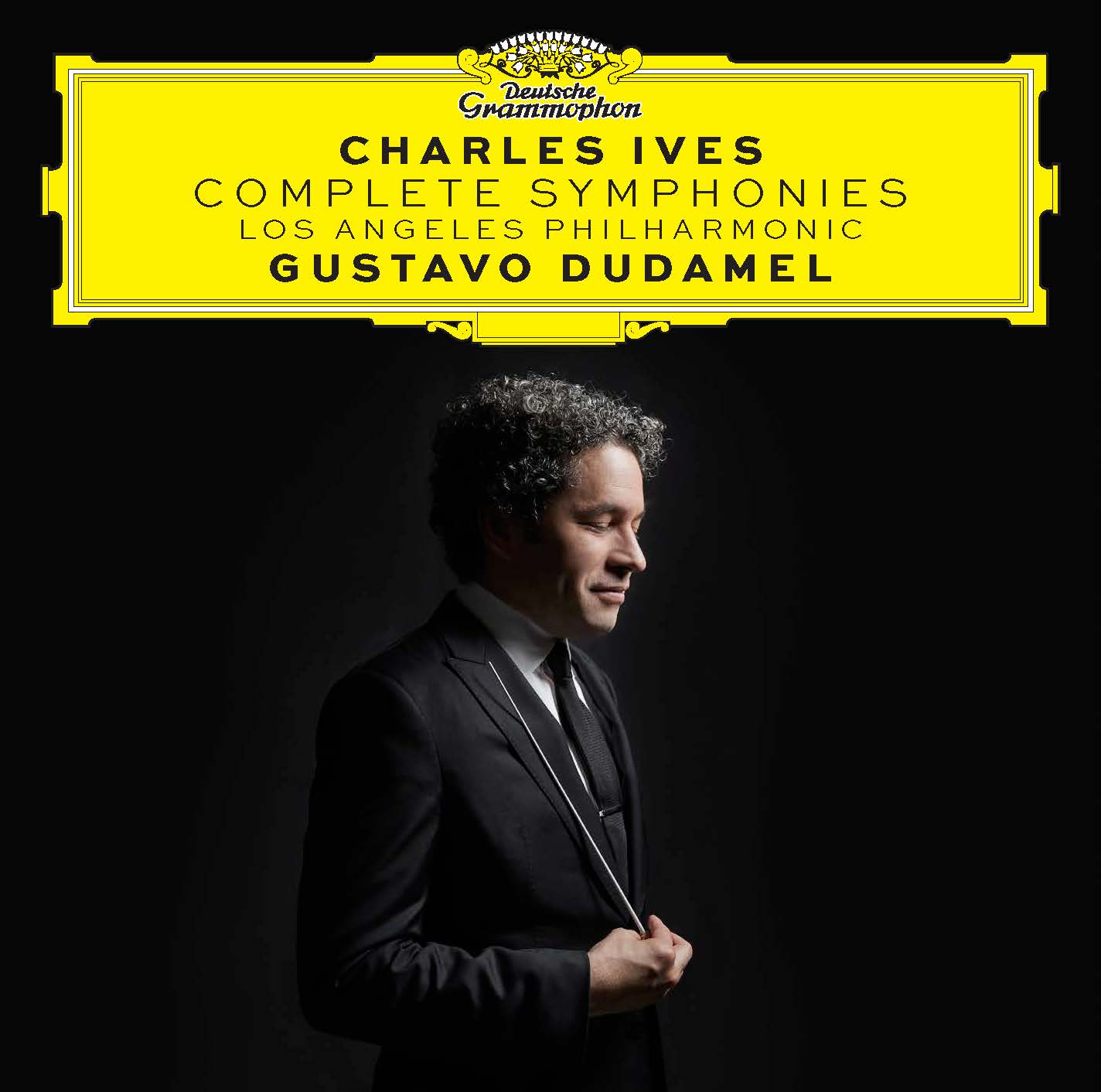 “Dudamel found the precise balance between old and new here by making every line, every piece of counterpoint, every buried flute melody or sudden string pizzicato attention-catching, a musical topography in which every detail has a story to tell.”

Charles Ives was born in 1874 in Danbury, Connecticut. His father was the youngest bandmaster in the Union Army during the American Civil War and encouraged his son to make music. Young Ives also excelled at baseball and American football. He received a solid grounding in harmony and counterpoint from his composition professor at Yale University, and ran experiments in mixing different types of music with the Hyperion Theater Orchestra. Ives made his living in the insurance business and composed in his spare time, a practical arrangement that delivered great creative freedom.  This staunchly independent thinker synthesized the American folk tunes and hymns of his childhood with his own aesthetic, using techniques such as bitonality and polyrhythms decades before they entered the standard 20th-century composition toolbox to create a unique sound and a personal voice – truly, an American original.

This recording was made possible by the generous support of Michele Moehring.